Yes, it's that time of year again, so that means time for the annual battle to get 100 horror games covered before time constraints, illness or computer bugs put an end to everything all over again, right!?

Well, no....not this year! This year I've decided to go a bit easier on myself, keep it a bit simpler..and only list 31 more Gruesome Games! One for every day in the countdown to Halloween! Hopefully that means I'll actually be able to get through them without too much trouble, and if I have a day or two when things are going wrong and I can't post, it won't take much to catch up again! 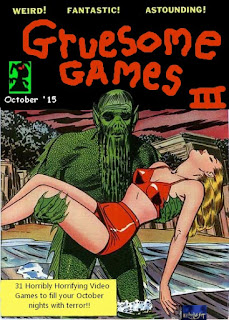 So that's still 31 more terrifically-terrifying games to add to the 200 or so already covered in previous years, plus posts with all the other usual stuff, like pages from old horror comics, Cinema Of Stuff videos, etc. spread throughout the month too! Because, as always, I'm taking part in the Countdown To Halloween again this year...but I'll put up a proper post about that later......

So we'll see how we go...hopefully it'll be a lot more fun and a little more relaxed than it has been before, and the smaller posts will mean that you lot can read them in one sitting as well, rather than needing a whole day to sift through ten games or so at once! ;) Anyway, let's just get on with the first one, shall we, and see what happens?! 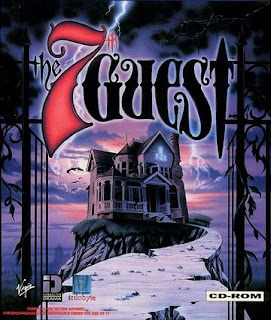 One of the first games on CD Rom, and also one of the first to be filled with FMV clips and pre-rendered 3D graphics, this horror puzzle game was exceptionally popular on it's release. Bill Gates called it "the new standard in interactive entertainment". And after selling 2 million copies, the game was regarded as being instrumental in accelerating sales of CD-ROM drives...


The intro tells the tale of a drifter named Henry Stauf, who is penniless and turns to crime in order to survive, sinking deeper and deeper into depravity. After he murders a woman for her purse and it seems he can sink no lower, he gets a vision of a beautiful toy doll! After carving the doll exactly as it appeared in his vision, he gives the doll to a local Bartender, in exchange for food, drink and a place to stay.... 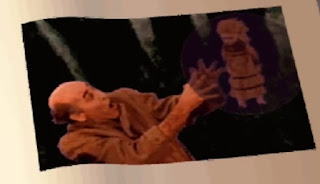 Over the next few months, Stauf continues to have these visions of wonderful dolls, toys and puzzles and eventually decides to open up a toy shop. Each of his creations are viewed upon as works of art and are therefore expensive, but any child lucky enough to get one loves the toy with all their heart...

Strangely though, after a while a lot of children who own Stauf's toys fall ill with an unexplained illness, some even dying....Stauf has one final vision of a grand mansion, which he builds and then resides in, disappearing from the public eye... 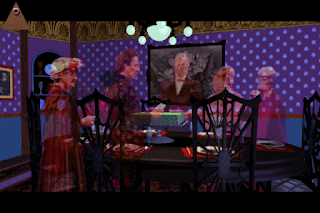 Years later, six guests are invited to spend the night at Stauf's mansion. These guests are former singer, Martine Burden ; Edward and Elinor Knox, a middle-aged couple ; Julia Heine, a bank worker who longs for her youth ; Brian Dutton, a shopkeeper like Stauf ; and Hamilton Temple, a stage magician!

You awake in the mansion with no memory of how you arrived there, and spectate upon the spirits of these guests, as they try to solve the puzzles of the mansion and find the identity of the mysterious 7th guest! 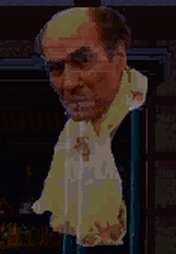 Due to the fact the guests now appear to be ghosts, this must be a few years later yet again, and if you want to get back out of this hell-house yourself, you'll also need to solve the puzzles and try to work out what happened here and what all of this weirdness means! 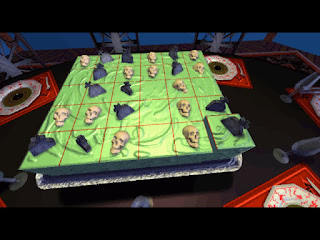 And so off you trot round the mansion in first-person, going from room to room, marveling at the hammy acting of the other guests as the story unfolds, looking for clues and clicking on the various puzzles as you attempt to work them out....with Stauf constantly taunting you and trying to put you off as you go! 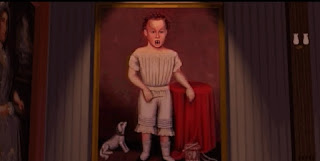 The puzzles themselves can be very tricky to get to grips with, especially if you aren't paying attention to the clues in cut-scenes or found in various places around the mansion! I may have cheated once or twice by looking online for solutions...*cough*...but if you don't want to ruin the game by doing that, you'll need the patience of a saint to find the solutions. 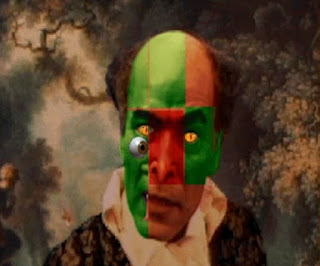 It can seem a bit slow-paced, and without online help I'd probably get too annoyed with the many puzzles to continue, but if you can manage to find the patience to stick with the game, you should have some fun! It's a bit like one of those Ghost Tours you can go on in most old cities crossed with The Crystal Maze, and definitely perfect for spending a cold, October evening or two working through!

Just remember to look at it as a game of its time, as it will take a bit of getting used to if you've started off with, or become more used to, games like Amnesia! But definitely worth giving a go, even if only to play an important part of video game history and see how far we've come in the last few years!