Only 17 days left until Halloween, and 31 games to go in the list! Will we actually make it to the end this year? Well, y'know what I'm like so I'm not promising anything, but if all goes well we might just get there! On with the next lot... 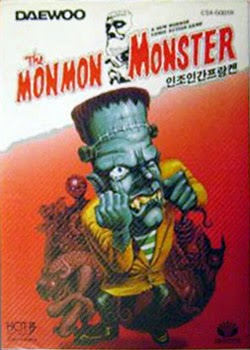 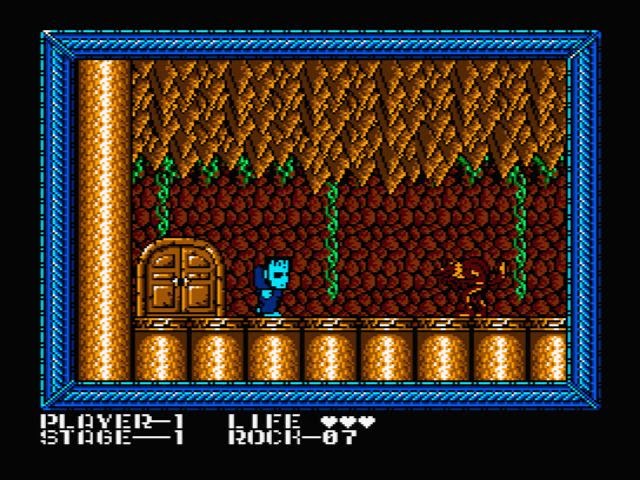 This MSX2 game from 1989 sees you fill the not-very-small boots of that loveable bolt-brain, Frankenstein! Not having the manual, I have no idea what the actual plot is, but it would appear that Franky has taken it upon himself to rid the world of all the other monsters and spooks! Perhaps they stole his cup-a-soup or something? 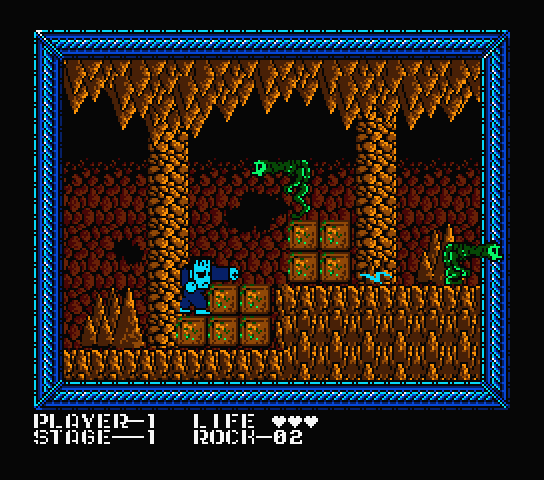 Whatever the reason, you bash blocks and shoot electric bolts at all manner of monstrosities as you make your way through the levels, navigating moving platforms & finding shortcuts and secret power-ups to use against the end of level bosses! 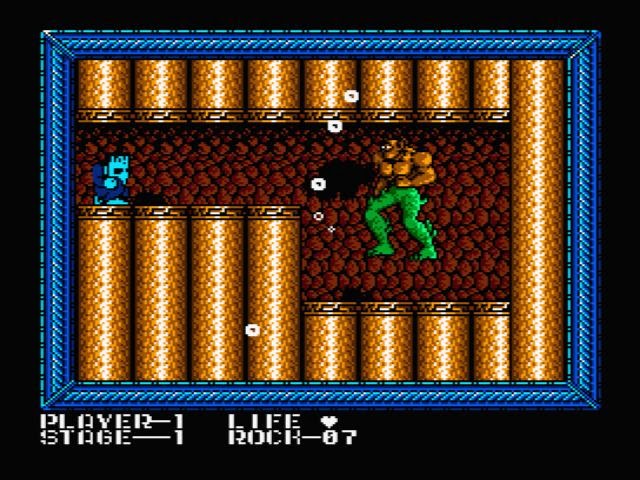 The game isn't perfect. Sometimes enemies will hit you with a bullet and knock you back a screen, where another enemy instantly respawns and takes a bit of your precious health as you collide with it, for instance. And if you fall into water, instead of restarting where you die the game plonks you right back to the start of the level....and it's quite tricky! I've played a few games now and I've yet to beat level one! But I'm close, and I will be going back to try and get further. It's a fun little game y'see, and that bloody wolf-man or whatever he is isn't getting off that easily.... 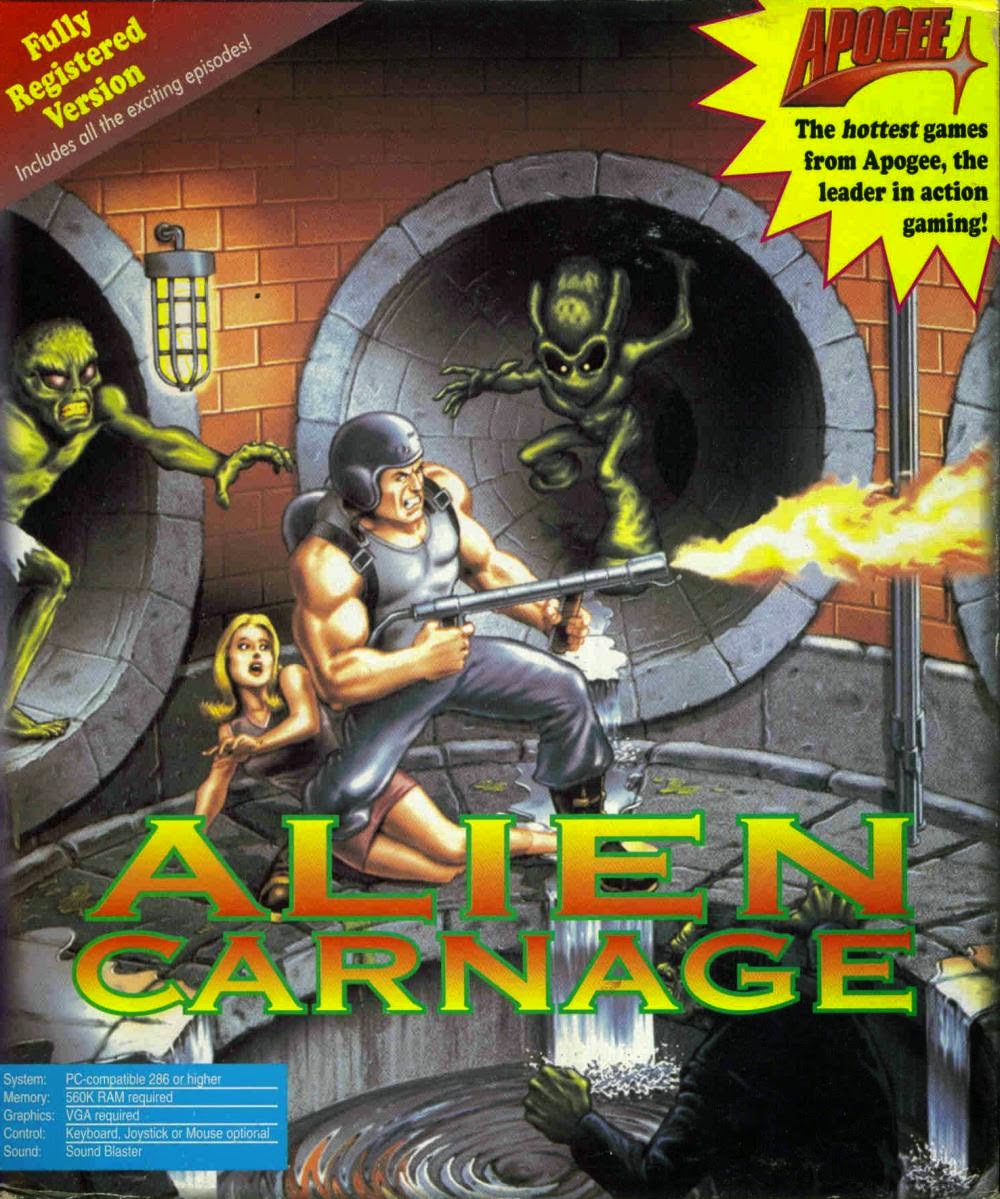 Another groovy platformer next...it's Halloween Harry (later changed to Alien Carnage to avoid potential buyers thinking it was a seasonal game)! Originally a shareware title, with the first episode being free and the others available to purchase, you can now pick it all up for download via 3D Realm's site! 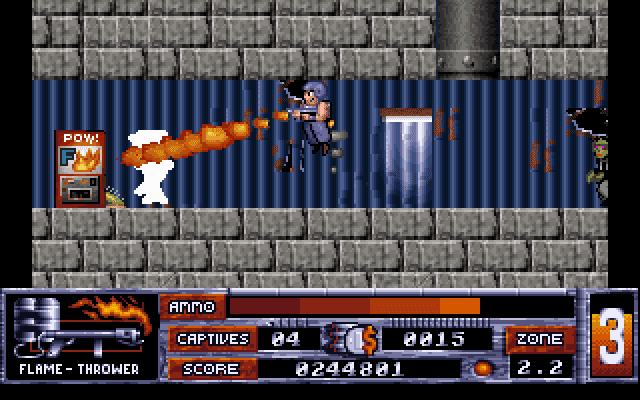 Aliens have invaded Earth & are turning everyone in to brain-dead killer zombies! Seeing as this is not very nice at all, Harry sets out to free some hostages and get rid of the alien menace! Armed with a flamethrower, some missiles and a jet-pack, Harry is well equipped to tackle the problem. Both the jet-pack & flame thrower use the same fuel though, and so if Harry is to succeed he'll need to find coins to buy more fuel & ammo from the various vending machines that can be found scattered around the levels! There are other weapons to be found too though, so don't worry... 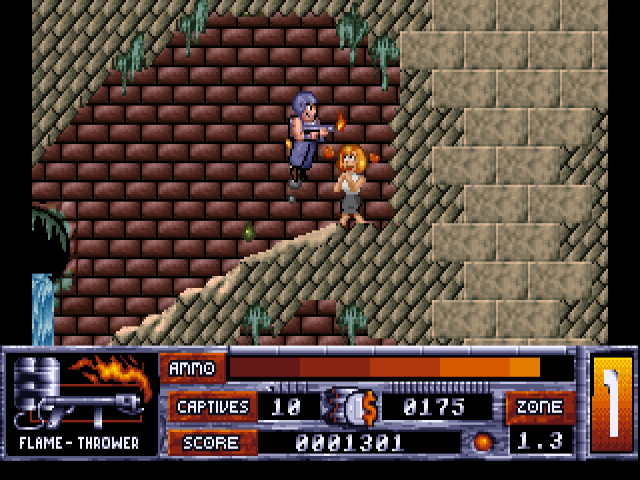 This management of fuel adds a small level of strategy to an otherwise straight forward romp through the maze-like levels, and adds to the fun of blasting all the alien fiends to bits! The cartoon-styled graphics are a joy to look at too, and the different enemies and animations might make you give a little chuckle occasionally! It actually plays a lot like Duke Nukem 1 & 2 and Apogee even went as far as saying on the box that if Duke had a twin it would be Harry! 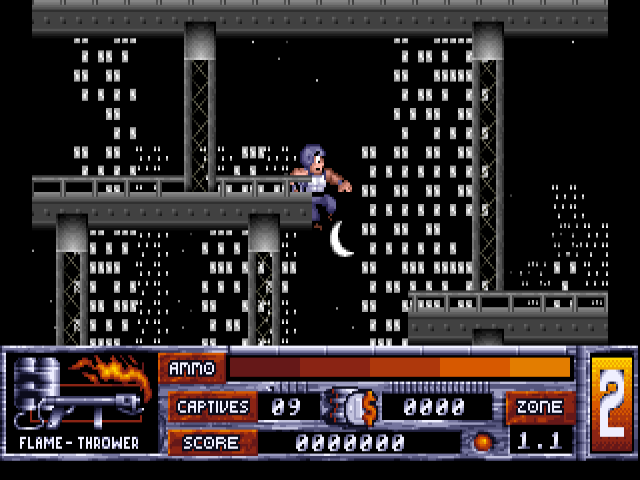 Anyway, it's a huge load of fun, and if I was you I'd go and download it immediately! He is called Halloween Harry after all, so there's no better time to get acquainted with the fella! And there's a sequel to find as well, called Zombie Wars...but perhaps that's a game to talk about another time.....