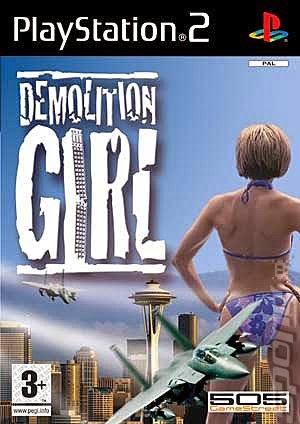 Crikey! It's been so long since I last wrote the list that I've almost forgotten what I've already covered! I'm pretty sure that I've yet to mention this nonsense though....a game that does nothing to help allegations of video games being incredibly sexist, but at least keeps macrophiliacs happy in the knowledge that one game exists that was obviously made for them!

Y'see, poor fashion model Riho Futaba was relaxing after a photo-shoot on Minakojima Island and taking a stroll along the beach, when she found herself staring at a weird half-jellyfish, half-crablike creature! Leaning down to examine the cute liccle monster, she got stung by one of its tentacles and next thing you know, she's the size of Godzilla and confusedly clambering all over peoples holiday homes and swatting helicopters like flies! 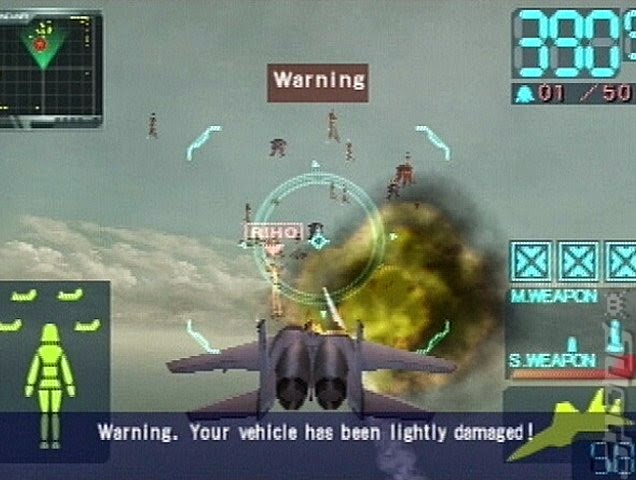 It's up to you then, as pilot of a rather useless selection of military vehicles, to combat this new massive missus & try to get her back down to her normal size. Of course you can't just go charging in with a shrink ray without knowing what you're up against, so first you have to scan her face, boobs, hips & butt with a trace beam to "gather data" !! 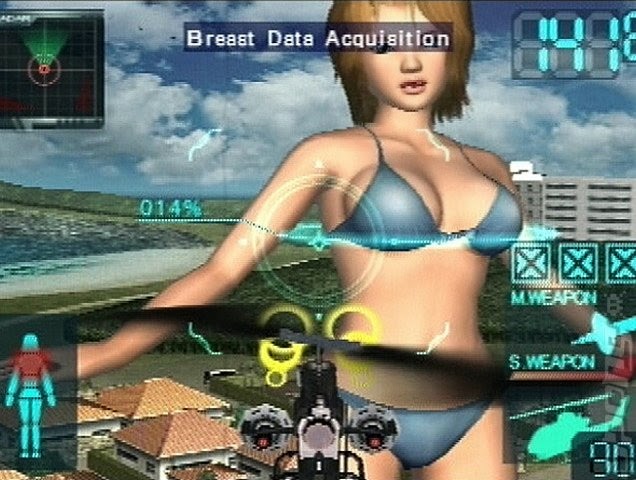 To help keep her busy while you try to scan her, you can fire a selection of special weapons...and what special weapons they are! Cake to tempt her with, stereos so she dances to music, a bowl to smack her on the head & glasses that didn't seem to do much at all really!

After that, you have to drug her with sedatives, protect her as she's airlifted to safety from UFOs which seem to be affiliated with the jellycrab, then battle said jellycrab which has grown huge and attached itself to her head, shoot her in the ass with tank missiles as she runs off after said jellycrab battle and then shrink her back to normal as she clambers up the side of a skyscraper!

If any of this sounds like it might be fun, forget about it....the controls for this are terrible, all of the dialogue and cut-scenes have been removed for the PAL version I played and the six stages take little more than an hour to play through...if you manage to somehow beat Stage 3! It might be worth a quick look if you're into weird Japanese games, or indeed big gigantic ladies...but if neither of those are your thing, it's probably best that you forget you've ever read this and go and watch Anita Sarkeesian videos to cleanse your mind or something....