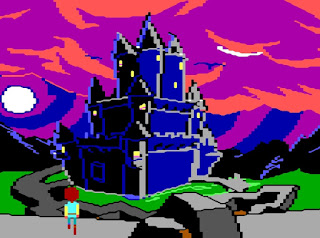 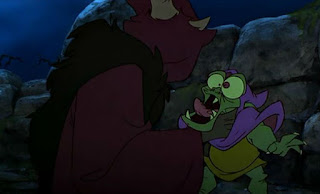 Way back in 1985, I became somewhat obsessed with a Disney film that looked like it was going to be very different from any other...one that was a bit dark.....one that embraced the fantasy style that I was also obsessed with at the time!

Trailers on videos and clips on Disney shows elevated my excitement for the film, but I never ever got to the cinema to see it, eventually catching it on pirate video at someone else's house a year or two later! And I loved every minute of it!

I probably would have loved it even more if it hadn't been for Mr. Jeffrey Katzenberg though...newly appointed as Disney's studio chairman, he decided to make drastic cuts after some children in test screenings found the film to be far too scary! After ignoring producer Joe Hale's objections, Katzenberg took the film to an editing suite and started cutting away at it himself...

Luckily Hale grassed up Katz to Disney CEO Michael Eisner, who called him and convinced him to stop. Katzenberg still requested that some cuts remained though, mainly ones involving the 'Cauldron Born' Army of the Dead that the Horned King brings to life to aid him near the end of the film. A full 12 minutes of footage was cut, even ruining Elmer Bernstein's score for the film, with a very noticeable jump in the soundtrack where a scene of Cauldron Born slashing a neck and torso was removed...

Some of these cut scenes can be found on Youtube, and we always can pray for a very unlikely uncut version to be released for the 35th Anniversary, but it's only in fairly recent years that the film has been getting the attention it deserves, with a very poor showing at the box office on release and a somewhat sparse release on official video years later. It would seem that the Celtic mythology was a bit too dark for most parents looking for Disney films to keep the kids entertained...

Which makes the fact that a video game based on the film existed way back in 1986 slightly odd! I only discovered its existence this year whilst looking for old games to cover for Gruesome Games, but I knew upon discovering it that I'd have to cover it on here..... 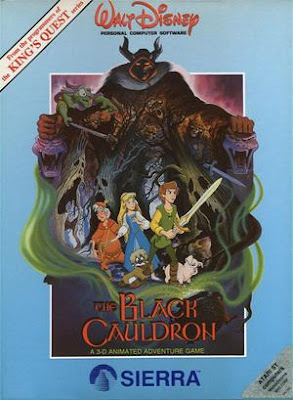 Designed by Al Lowe (best known for Police Quest and Leisure Suit Larry) and released by Sierra OnLine, it's an adventure game in the style of the earlier King's Quest. To try and make the game more accessible to younger players, Sierra removed the text parser and instead used action keys to perform various functions in the game. Even with these keys, the game can still be a bit fiddly to play these days, as even with a joystick, you'll still need to choose which items to use from a menu and press buttons on the keyboard. 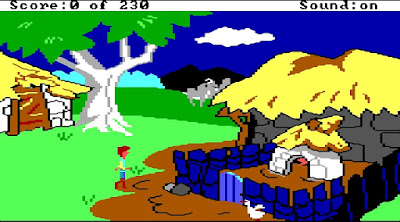 Anyway, the game starts in just the same way as the film, with protagonist Taran keeping busy on Dallben the Enchanter's farm as Assistant Pig-Keeper. After wandering around exploring for a bit, you'll discover Dallben in his house and he asks you to go feed Hen Wen the pig! After avoiding a rather annoying goat, you feed Hen Wen who then wanders into the house and reveals that she possesses the power to have visions, and thus must be scurried away to safety before The Horned King steals her and uses her power to locate The Black Cauldron! 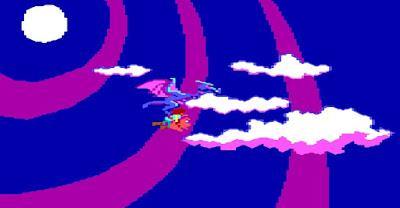 What follows is a fairly enjoyable jaunt through the land of Prydain, with Taran having to avoid obstacles such as swamps and raging rivers, alligators, dropping rocks, henchmen, swooping beasts and suchlike....and solve various puzzles of the sort you'd expect to find in Sierra games! 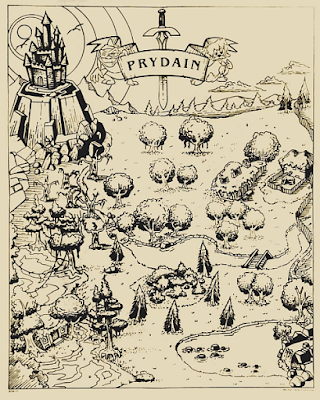 On my first game, Hen Wen was kidnapped by one of the flying dragon-type things almost immediately, but on my second it took considerably longer for this to happen...and in my third it didn't happen at all! This is a good example of the many different paths you can take through the game, and the various different routes will allow you to see multiple endings! 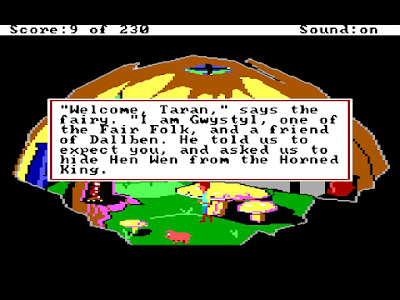 Knowing the movie helps out for some of the puzzles though...for instance, when the lovable (or annoying, depending on how you feel) Gurgi appears in the game, knowing he likes apples for munchings and crunchings will get him on your side a lot quicker! 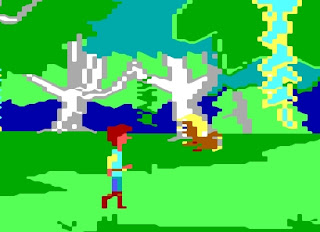 There are some bugs that can see you suddenly able to walk on water or getting stuck on various bits of scenery, but I didn't discover any real game-breakers so far. One bit that did have me tearing my hair out was when you use a rope on a cliff face and try to climb it....every single time I would fall off and die! I finally realised that I was being daft, and it was as simple as using the diagonal up-right key to climb up instead of just pushing right, but I can imagine joystick users hating this section! 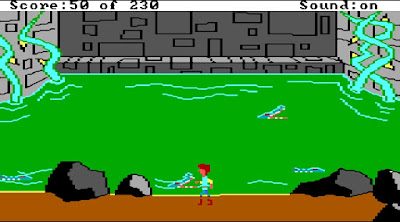 Shortly after that bit, you reach the castle, and there's some enjoyable section where you have to evade the aforementioned alligators and then scale a wall avoiding rocks to get into the castle, but there is another way into the castle...which I won't tell you, but it is another good example of the range of choices available! 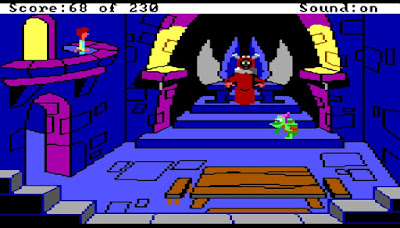 I'm really enjoying playing through this game, and whether it's because of the subject matter or the action-buttons-instead-of-text-parser feature, I've spent a lot longer with this than any other early Sierra title! Even if you've never seen the film and aren't a fan, it's still a perfectly good adventure game and well worth a go or two! Or three....... 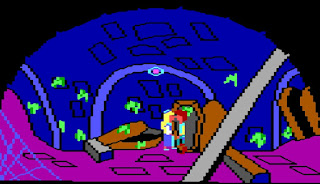 Right...I'll leave it there! Hopefully I've convinced you to seek this out and give it a go! But I think for now I'm off to see how much it costs for a pet pig......laters, Stuffers!! ;-) 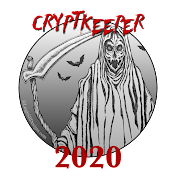