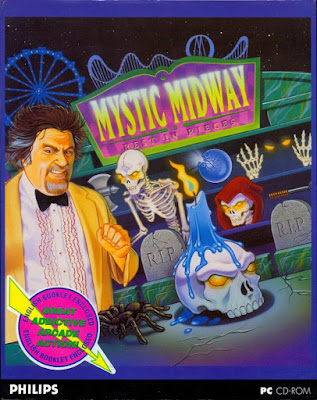 Blargh! So of course, as soon as I started writing a Gruesome Games post, I get hit by a power cut! And then once the power is back on, my computer decided to randomly shut down of it's own accord! It seems the Curse Of The Blog that I was convinced was plaguing me a few years back is still in effect, so I'd better keep an eye open for mishaps....

But anyway, it is time to get on with this year's pick of Gruesome Games! So lets start with a couple of that came out on a system I've never covered before...the Philips CD-i....a console that was released when everybody thought that Full Motion Video was going to be the future of video games!

I still don't have a CD-i, but luckily these games were released on PC too, so we can play them without one! 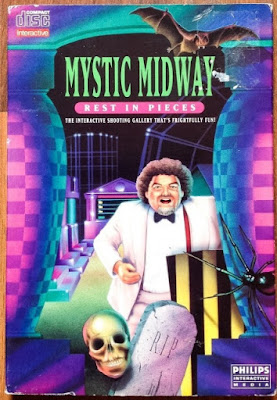 After somehow finding ourselves at the entrance to an amusement park in the dead of night, a strangely dramatic character emerges from behind a podium, starts insulting us and dares us to take part in his shooting gallery!

What follows is a fairly standard shooting game, made a bit more interesting by the various skeletons, spiders and whatnot that inhabit the gallery. Tombstones pop up at the bottom to try and block your shots, and if you don't achieve a target score set at the start of a level, it's game over and you're apparently doomed to stay in the carnival for eternity!

The atmosphere of the game is suitably spooky, with an unsettling off-key score of carnival music and Dr. Dearth popping his head up every now and again to throw some more insults your way. In the end though, you'll get bored of shooting skulls a bit earlier than eternity, and give up after about 15 minutes to go and play something else...there just isn't enough game to keep you playing!

Still, it's an interesting curio, and Dr. Dearth actor Randy Polk's terrible jokes are worth a listen, and it did seem to do well enough to get a sequel the following year..... 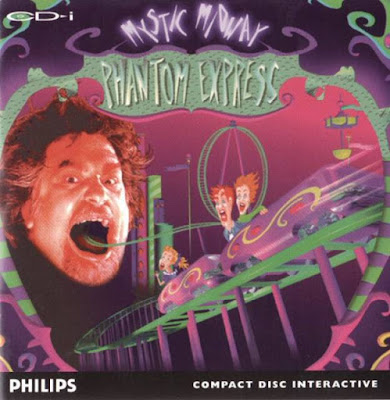 
This time it's even more apparent that the Mystic Midway fairground is some sort of after-life limbo, as Dr. Dearth returns to take you on a roller-coaster ride through your own life, as you try to shoot down memories and again beat the target score to try and escape this creepy carnival! 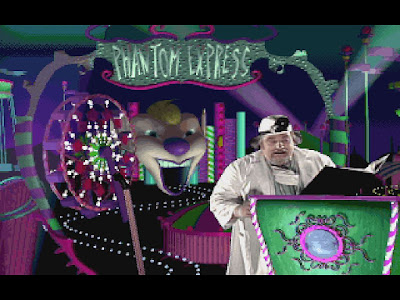 Instead of a shooting gallery, this is (literally!) an on-rails shooter, where you only control the crosshair and try to blast animated pictures of some of the less enjoyable moments from your past. Soundbites from these memories also taunt you as you make your way through the tracks, and at the end of a level,  Dr. Dearth will give a spiel about what you face next, and of course continue with the insults!

Again though, gameplay is pretty limited, and it often feels like you aren't in control of anything at all really as shots often to seem to hit or miss the targets at random. So yet again you'll quickly want to move on to playing something else once you've sat through the cut-scenes and jokes a few times. 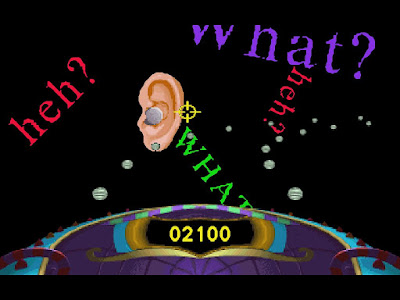 Bizarrely though, although these games are actually pretty bare when it comes to gameplay, the atmosphere and performances by Mr. Polk give them a certain charm that means you inevitably will come back to play through them again at some point....and there's no better time to do that, than during a Countdown To Halloween! 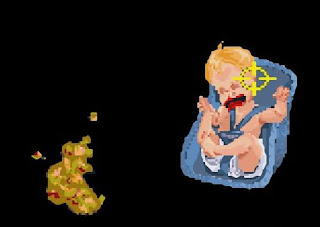